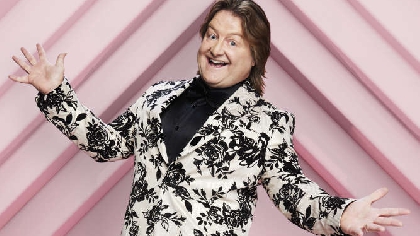 Shane Byrne is the sixth celebrity announced for series six of Dancing with the Stars which returns to RTÉ One in January.

Shane is a retired international rugby player. He got his first cap for Ireland in 2001 and went on to win a further forty caps for his country. He was part of the winning Triple Crown team in 2004 that was captained by Brian O’Driscoll.

Shane says "I'm really looking forward to hitting the dance floor on Dancing with the Stars in January! It's not like anything I've ever done before - it's a long way from the rugby pitch - but I'll give it my all and I know I'll have a lot of fun along the way."

Nicknamed ‘the Mullet’ or ‘Munch’ due to his distinctive hair style, he has always stood out on a rugby pitch.

The Wicklow man played his club rugby in Blackrock and then made over 100 appearances for Leinster, hitting his centaury in February 2003.

In 2005, Shane was honoured to be selected for British and Irish Lions tour to New Zealand. He went on to play in the first and third tests of the series against the All Blacks.  After the Lions trip he departed Irish shores and played for Saracens in England for two years.

In 2009, he decided it was time to hang up his boots and try new things off the rugby pitch.

Shane is well known to audiences up and down the country, having taken part in Charity You’re A Star, Celebrity Come Dine with Me Ireland and even appeared in Mrs Brown’s Boys D’Movie. He was also a captain on Know The Score sports quiz on RTÉ.

Shane is married to Caroline and has twin daughters Alex and Kerry.