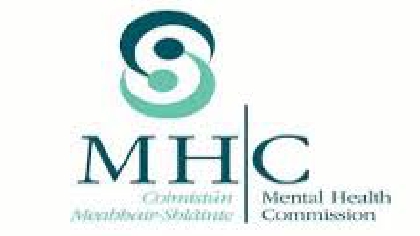 The Mental Health Commission says someone needs to be accountable for the failure to implement Ireland's mental health action plan.

'A Vision for Change' which was published fourteen years ago, recommended the creation of a variety of community based mental health supports.

But a new report has found that the recommended supports such as crisis houses, high-support hostels and psychiatric intensive care units are virtually non-existent nationwide.

With a population of 153,896 in the Wicklow area, there are currently 26 adult acute mental health beds available in the region.

While No where in the country has the recommended amount of 'older-age' acute mental health beds.

A report by the Mental Health Commission has also found that 19 counties have NO such beds including Wexford Wicklow and Kildare.

It's recommended the provision of 127 older age beds nationwide, but currently there are just 56.

In the case of one patient who had been detained in hospital for more than three months, there was no evidence the patient had provided consent to the further administration of prescribed medication.

An inspection of the Avonmore and Glencree units by the Mental Health Commission also found issues with staff training, access to therapeutic programmes and accommodation.

Compliance with regulations had decreased from 77% in 2018 to 69% so far this year. Seven of these non-compliances were rated as high risk.

The Commission also inspected residences in Dublin and Kerry which identified problems with risk management, consent to treatment, use of physical restraint and admission of children.