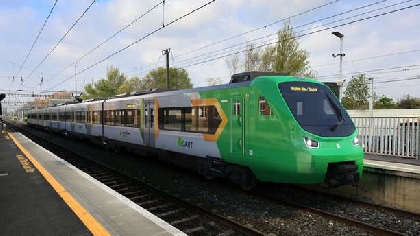 A substantial increase in the numbers of people using sustainable and active travel is among the primary objectives of the updated Greater Dublin Area Transport Strategy published by the NTA today.

The Strategy covers Dublin city and county as well as the counties of Meath, Kildare and Wicklow.

The Draft of this Strategy was published for public consultation in 2021 and 1020 submissions were made as part of that process.

NTA is required under statute to review the GDA Transport Strategy every six years and today’s document is a revision of the plan that was adopted by Government in 2016. This Strategy was approved by Minister for Transport Eamon Ryan after last week’s Cabinet meeting.

Among the elements that have already been proposed and which are to be further progressed and delivered during the lifetime of this Strategy are:

Newly-proposed plans in this Strategy include:

Overall transport emissions are to reduce by 50% by 2030 under the Climate Action Plan published recently and by 69% over the course of this Strategy but transitioning fleet to zero-emission fleet means that public transport itself will go beyond those figures.