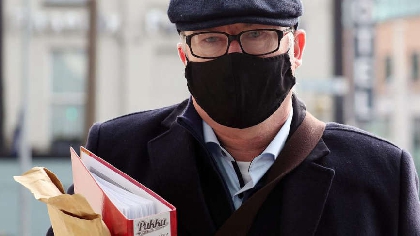 The retrial of former Wicklow solicitor Michael Lynn, who is accused of stealing millions of euro from a number of financial institutions will go ahead in October of next year.

Mr Lynn stood trial in Dublin Circuit Criminal Court this year accused of stealing about €27 million from seven banks between 2006 and 2007.

He denied all of the charges against him.

The jury in the four-month trial failed to reach a verdict after 12 hours of deliberating and was discharged earlier this month.

On Monday, John Berry BL, prosecuting, told the court the Director of Public Prosecutions is seeking a retrial.

Mr Berry said the prosecution wished to “make certain enquiries” as a result of some assertions Mr Lynn made during the trial. He said it was anticipated the trial would take 10 weeks.

Mr Lynn  of Millbrook Court in Redcross, pleaded not guilty to 21 counts of theft in Dublin between October 23, 2006, and April 20, 2007, when he was working as a solicitor and property developer.