Children Living In Emergency Accommodation At Risk Of Being Institutionalised 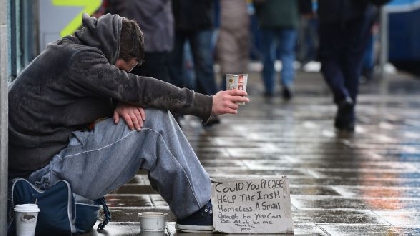 That's the finding of a new Oireachtas report that looks at the impact of homelessness on children.

The report calls for a legally enforceable time limit on the length of time a family can spend in emergency accommodation.

There are currently 3,838 homeless children in the state. Children account for 1 in 3 of every person in emergency accommodation

The Housing Minister's labelled the latest increase in the numbers of people in emergency accommodation as disappointing.

There were 10,397 people homeless last month, with 20 living in emergency accommodation in County Wicklow.

Nationally, that represented a rise of 59 people who were considered homeless in September, making it the third month in a row there has been an increase in the figures.

The number of people who are homeless in Kildare is more than Wicklow (20) and Meath (112) combined.

The three counties make up the Mid East Region where, last month, 46 families, including 191 children, were homeless