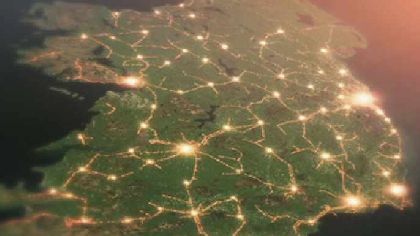 Just under 15,000 homes and businesses in Wicklow will be connected to the National Broadband Plan by the beginning of next year.

An update on the rollout of the €3 Billion National Broadband Plan was the focus of the Oireachtas Communications Committee this morning.

Representatives from NBI told the committee that accommodation for contractors as well as access to the Islands were some of the set backs it has faced.

Under the plan, the garden county will see an investment of €59 million in the new high speed fibre network.

The roll out in North County Wexford will cover some parts of the south of Wicklow and is currently one of the first areas being worked on.

These areas include Rathdrum, Redcross, Blainroe Wicklow Town and Barndarrig.

Surveys and design plans are now complete in Blessington and Kilcoole and should be ready for customers to connect by October next year.

The intervention areas covered are within a 30km radius of both towns.