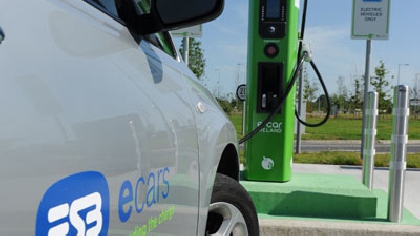 CSO figures show that Wicklow had the highest proportional increase in new electric cars licensed in the first half of 2019, with 4.7% of all Electric cars sales  licenced in Wicklow.

The Sinn Fein Party has given a reserved welcome to the announcement by the Minister for the Environment, Richard Bruton, that he plans to roll out 1,000 new on-street electric car charging points over the next five years.

The Party’s Wicklow T.D. John Brady says Minister Bruton is only providing capital supports of 75 per cent of the cost to local authorities to install the EV charging points.

He says the Minister needs to provide 100 per cent funding to ensure they can be delivered.

According to figures published in the Irish Examiner, Kildare came in second followed by Leitrim.

Overall, there was a 6.5% decrease in the number of new cars in Ireland between January and June.