Ambulance Response Times Described As Cause For Concern 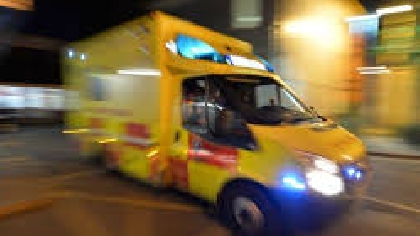 An ambulance took at least an hour to arrive to a life-threatening emergency over 260 times in the first three months of this year.

The target response time for these calls is 19 minutes.

The details have been released under the Freedom of Information Act.

Between January and March, the National Ambulance Service got 21,510 life-threatening emergency calls.

On 263 occasions, it took more than one hour for an ambulance to arrive at the scene – with 62 of the calls being in Cork.

32 of the delays were down to the patient being a suspected Covid-19 case, meaning paramedics had to take precautions, such as wear personal protective equipment.

Of all the life-threatening emergency calls, eight had response times of over two hours – in Kildare, Cork, Monaghan, Wicklow, Waterford and Dublin.

The longest was 2 hours and 53 minutes to an incident in Cork.

The National Ambulance Service says the calls of over an hour represent only 1 per cent of life-threatening emergencies during the three-month period.