Following last night’s fantastic final showcase in The Academy, Dublin, we’re thrilled to announce that Chameleon is the overall winner of A New Local Hero! 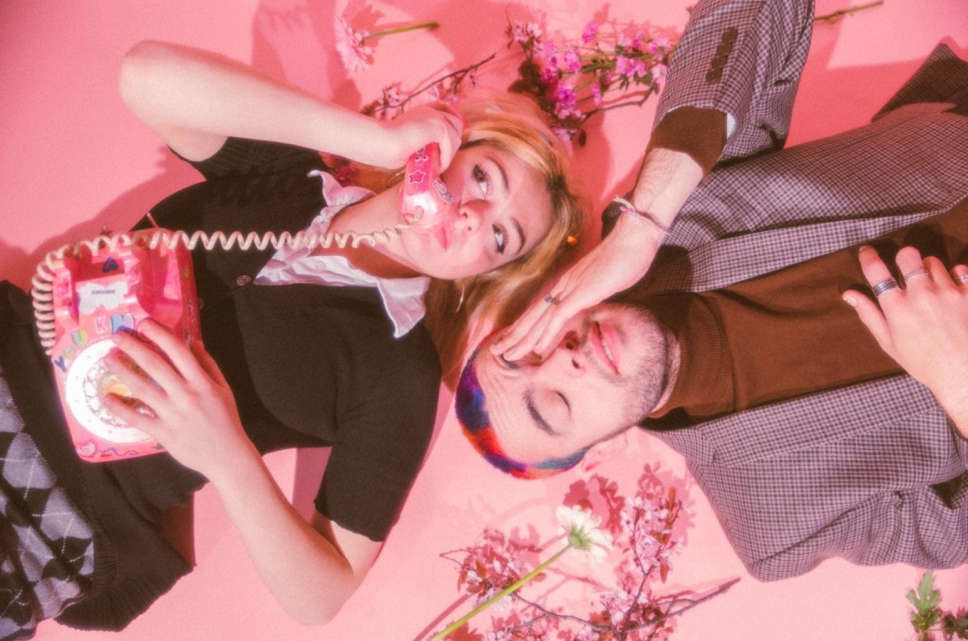 Over the past two months, in partnership with Hot Press, 25 of Ireland’s independent radio stations have been highlighting the extraordinary music talent at local level in Ireland – and picking their own ‘local hero’, as part of a special initiative. Five outstanding talents were selected from those 25 to showcase before the music industry at the special showcase event – with David Keenan also featuring as special guest on the night.

Representatives from across the Irish music industry were in attendance at the gig, watching five of Ireland's most promising stars-in-the-making showcasing their talents. The acts, who hail from across the country, each brought their own unique styles and flavours to the evening – from jazz-infused neo-soul to funk-flavoured pop – ensuring that the gig highlighted the remarkable range of Irish music in 2021.

Despite brilliant performances from all of the acts, there could only be one winner – with Chameleon ultimately winning over the judges.

Having established himself as a remarkable force in Irish music through his collaborations with Malaki, Matthew Harris (aka Chameleon) has stepped into the spotlight as a spectacular solo artist this year.

Drawing influence from the likes of James Blake, Brockhampton and Arlo Parks, the Dublin-based artist released a collaborative single, ‘You Know’, with Lucy McWilliams earlier this year.

A New Local Hero has been a centre-piece of Irish Music Month – an initiative of Hot Press and Independent Broadcasters of Ireland, funded by the BAI, under its Sound & Vision scheme, and supported by XL Retail, MCD Productions, IMRO, RAAP and XMusic.

“I congratulate Hot Press and the IBI for developing the Irish Music Month and ‘A New Local Hero’ initiatives," comments Minister for Tourism, Culture, Arts, Gaeltacht, Sport and Media, Catherine Martin. "I was delighted to be able to support these projects from the additional €1.4m of funding I secured to assist the live music sector within the BAI’s Sound and Vision scheme.”

"I would like to congratulate all who took part in Irish Music Month and especially the finalists who participated in tonight’s ‘A New Local Hero’ showcase," says BAI Deputy Chief Executive, Celene Craig. "With the help of additional funding secured by the Minister for the live music sector, the BAI was delighted to support this project, among others, under its Sound & Vision scheme. The project not only highlights the talent across the sector today but also the value of, and potential for, partnerships. The BAI extends its congratulations to Hot Press, the IBI and all involved for delivering such a successful initiative.”

“Irish Music Month really has been a fantastic adventure,” said Niall Stokes, editor of Hot Press. "And at the heart of it, the A New Local Hero initiative has been a wild ride unto itself. We are well aware in Hot Press of the extraordinary depth of brilliant, original music talent in Ireland right now. But this understanding was amplified further by the remarkable quality of the 125 artists who were shortlisted, across 25 stations, covering every blade of grass in the country. The hardest part, of course, is that only one artist or band can be selected in the end, so I think it is important to say that all of the final five really are winners. And they all have the potential to go on to hit the heights. In fact I have no doubt that some, if not all, of them will. The judges were faced with an extremely difficult decision – but there was complete unanimity that Chameleon is an outstanding and original talent, with huge potential to go all the way in what is an extremely tough world.

“I want to say a huge thank you to all of those who supported the Irish Music Month project from the outset: to Minister Catherine Martin, who provided the funds to the Broadcasting Authority of Ireland; to the BAI who supported Irish Music Month so well through its Sound & Vision fund; the 25 radio stations who got involved through Independent Broadcasters of Ireland; XL Retail and MCD Productions who were so important to getting the project across the line; and to IMRO, RAAP and X-Music, who also supported us in a really vital way. Muchas gracias.

“Irish Music Month, and the A New local Hero initiative, have enjoyed enthusiastic support right across the music industry. So to everyone who was involved, at any and every step along the way, we salute you."

“I want to say a huge congratulations to Chameleon on being selected as A New Local Hero 2021,” John Purcell, Chair of IBI said. “It was a journey into the unknown when 25 independent radio stations joined forces with Hot Press for Irish Music Month – but I think I speak for all of the stations when I say that it really has been a brilliant project. On behalf of the IBI, I want to extend our thanks to the Broadcasting Authority of Ireland for their invaluable support for the project, and to Minister Catherine Martin, who provided the additional funding to the sector to support live music. The 'A New Local Hero' initiative has been an integral part of Irish Music Month. In fact there were 25 winners, one from each station – all of whom deserve our congratulations, and all of whom have benefitted from the support of their local stations. But there can only be one recipient of the A New Local Hero Award – and I know that the judges deliberated long and hard. Well done again to Chameleon and to the station who championed him, Chameleon on what really is a great achievement."

Irish Music Month is supported by the Broadcasting Authority of Ireland from its Sound & Vision fund and by XL Retail. It is also supported by MCD Productions, IMRO, RAAP and XMusic.