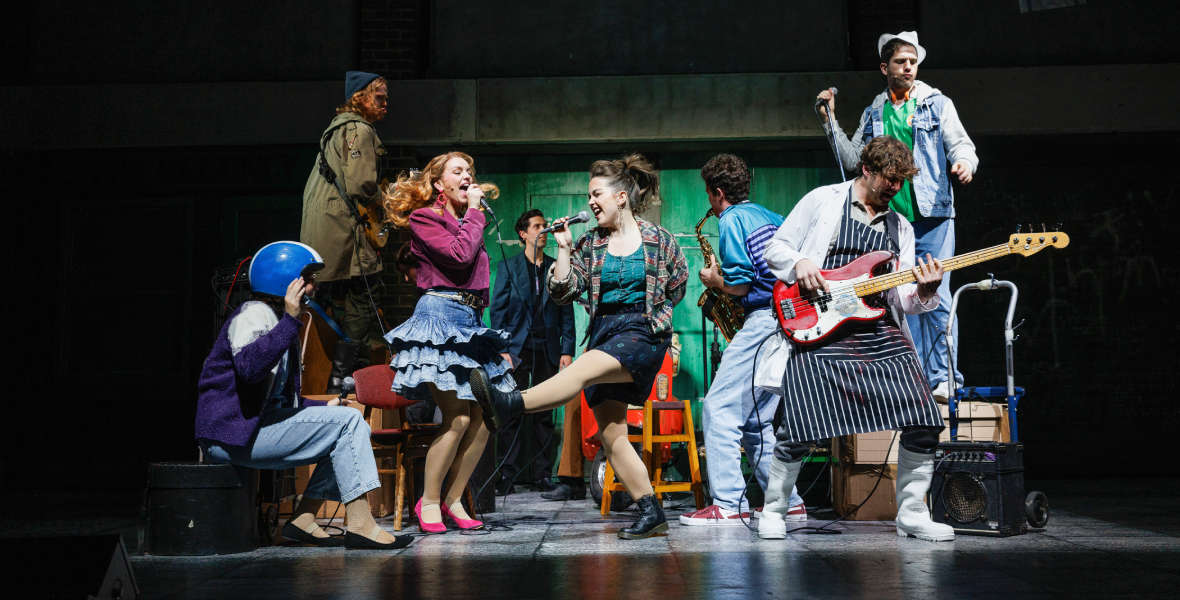 Freshly Squeezed
12 - 16 December
Prize: A pair of tickets each morning for RODDY DOYLE’S ‘THE COMMITMENTS’ AT DUBLIN’S 3OLYMPIA THEATRE FROM February 7th to 18th 2023.
Tickets will be for the first show on February 7th.

NIGEL PIVARO TO STAR AS ‘DA’

The Commitments tells the story of Jimmy Rabbitte, a young working-class music fan, who transforms an unlikely bunch of amateur musicians into an amazing live act, which becomes the finest soul band Dublin has ever produced. Placing a classified advert in a music paper, Jimmy auditions a number of wannabes before finalising the members of his new band, which he names ‘The Commitments’.

Humour kicks in as the band get to know each other and their instruments, grappling with inter-group differences as they muddle their way through early rehearsals for the band’s first gig. Just as they improve and begin to get a name for themselves, they combust. The backing singers are more interested in the middle-aged horn playing legend, the singer has entered Eurovision, the drummer has walked out mid-gig and the saxophone player has dangerous leanings towards a jazz career.