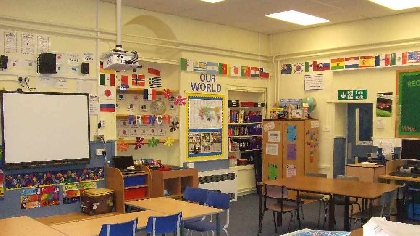 The Irish Times feeder school report shows if you go to a fee paying school, you're much more likely to go to college and get into a course with the highest points.

Gonzaga, Belvedere and Mount Anville in Dublin, St Gerard's in Wicklow and Presentation College in Cork are all fee paying - and are among the schools with the highest proportion of students going onto third level.

Only 57 per cent of those attending schools in disadvantaged areas are attending college, and it's as low as 15 per cent in some places.

Every year, fee paying schools get around 90 million euro in state support.

The figures don't show how many students do apprenticeships or go on to further education.

The report is published after Laurel Hill Coláiste FCJ, Limerick was named the top secondary school in Ireland, for a record sixth year in a row.

Out of the top ten, 7 were all girl schools while 7 were also fee-paying.

St Wolstan's Community School in Celbridge was ranked just outside the top 100 at 103rd.

St Gerards In Bray dropped 11 places from the last survey to 70th.

While Gaelcholaiste na Mara in Arklow jumped from 140th to 60th.