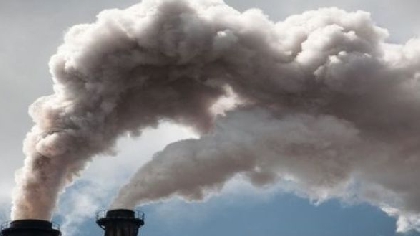 The charter will commit local government to driving forward meaningful climate action in their communities, through the actions set out in the Climate Action Plan.

All Councils will have to publish Climate Adaptation strategies and undertake a number of measures, including deep retrofits of local authority buildings and social housing stock and developing and implementing cycle network plans.

They will also develop an online checklist for companies to measure their sustainability and roll out an Electric Vehicle charging network and deploy electric vehicles within council fleets.

The government's climate watchdog said earlier Ireland is completely off course to meet its 2020 and 2030 targets.

The Council is an independent body set up by the government to advise on how Ireland is making the transition to a low carbon, climate resilient and environmentally sustainable economy by 2050.

But the signs so far are not good.

The Council says we are completely off course to meet our targets for next year and 10 years time.

The Council is advising the government to reduce the national herd, encourage more contractors to retrofit homes, and stop generating peat-fired electricity next year.

It's also renewing its call for the carbon tax to increase to €35 per tonne in Octobers budget.

The governments action plan published in June contains 180 targets to be reached to reduce emissions and the impact of climate change.

Among the changes are plans to retrofit half a million homes, targets to see almost a million electric cars on the road by 2030 and new 5 year carbon budgets.

On the other side carbon taxes will go up, fossil fuels will be phased out, and it will become much more costly to burn them.

At the moment though no new grants have been announced to encourage people to go green.

Plans for a congestion charge or to ban cars from urban areas have also been shelved.

It's a wide ranging plan that will have impacts on businesses, agriculture and every citizen - and could mean Ireland will meet its climate obligations if it works